Important News: Oberlo is shutting down on June 15, 2022! Click here for more information!

A short while ago, I began to write a three-part entry on my personal dropshipping journey. Never did I expect to be still around after 7 months. The reception to my story was great and there was a lot of interest in how I am getting on today. So here I am today to give you a follow up on my own dropshipping experience.

If you didn’t see my first stories yet, then check out part 1 here. Believe me; it’s quite an emotional rollercoaster.

Post Contents show
Where I am now
Competition
Distribution
Advertisement
Google Ads
Facebook
The Niche
Where do I go from here?
Final thoughts
Want to Learn More?

Where I am now

The last couple of months has, unfortunately, been a painfully slow decline. Competition is on the increase in my niche, which is both pushing the CPC and also forcing me to cut prices to remain competitive. Overall traffic is also on the decline and the trend seems to be gradually running out of steam.

The increase in competitors has hurt both sales and margins, with the cost per conversion going up from €10 to €15 as the CPC tripled in cost at one point.

On the upside, competitors only hung around for a week or two each time as they seem to have struggled to find the sweet spot in being profitable as they were bidding much more than me for clicks.

I handled this by doing absolutely nothing and letting them burn themselves out, it has indeed become a constant revolving door of new competitors and this tactic has worked so far.

My main competitor and also the main player in this niche stopped advertising, so I know that the trend is all but done for. I am now confident in both my CPC, conversion rate, and pricing to know that I can stick around for as long as I want to.

Whilst competitors are crashing and burning around me, I am however losing both traffic and sales to them in the meantime, the difference between them and me is I am still here and still profitable. I would say the situation is very bittersweet for me.

This area has become a very well oiled machine; my suppliers have been delivering to the UK (my main customers) within 7 days on average. I have also been holding stock and offering a paid express delivery option to my UK & EU customers, which most have been going for.

I am very pleased to not have to issue refunds anymore for slow delivery as Covid-19 is now only affecting a small handful of countries logistically of which I have stopped my ads being delivered to.

I now handle the packing and shipping myself as it is nowhere near being busy enough to justify outsourcing this.

Using this method, I am now able to get orders to customers in two days using Hermes, which comes with Shopify integration. Hermes seems to run very well however the moment you do run into a problem, their customer service is pretty poor.

Most of my competitors have been advertising 14-21 days, so this has been my selling point and I have been shouting it from the rooftops on my ads.

Moving onto the next subject, I found advertising to be a challenge throughout my dropshipping journey as it is forever changing, this is something which I have had to keep adapting with it.

To avoid my previous problems of issuing mass refunds for delays in shipping, I have excluded the problematic countries from my Google ads; these have been France, Germany, and Ireland.

My suppliers have been unable to provide me an explanation of what the issue is with these countries, so I don’t expect the situation to improve any time soon. Nothing of great value was lost here as they were also the poorer performing countries.

The CPC for a majority of my keywords has been hovering around 30 cents however I have been bidding lower than this.

With my conversion rate being 2.1%, the average order being €35, and if you also factor in product costs, bidding 30 cents would not be viable. I am happy to allow my competitors to blow through their budget, getting the top page ranking. (You can learn more about how to set your Google Ads budget here)

I often check in my competitors’ stores and it has become normal for me to see the below after they have spent a few weeks bidding aggressively. So I am confident in not changing my current strategy of keeping my bid per click as it is. The margin for profit is tight, but it has been doable.

Google Ads: What I learned

I have learned over the last few months that sometimes doing nothing is the best thing to do.

Earlier in my journey, I would constantly increase my bid in an attempt to be ranked higher than competitors, only to not break even on the conversions, plus it drives the average CPC up when doing so.

If you’re wondering if you should use Google Ads for your dropshipping store as well, then check out this article here.

I also dabbled a little more into Facebook ads last month targeting relevant interests, spent about €100 before this optimized, it then started becoming consistently profitable.

For a moment, I thought I might have finally cracked it, however, this only lasted for a week and sales ground to a halt the moment I tried scaling.

My average cost per conversion on Facebook was £13.21 at its best, but this performance took a dive the following month, so I came to the conclusion that perhaps this is not for me right now, perhaps further down the road.

My chosen niche was eco-friendly home goods and the trend did incredibly well during April, it has overall been a slow decline from thereon.

I initially thought that I was losing ground to competitors, however, Google Trends does indicate a decline since then.

This is still very much a profitable niche, but it is no longer bringing in my ‘better than 9-5 salary’ that it was back then. Google Trends does indicate an increase towards the Christmas period, so I intend to stick it out for the foreseeable.

Where do I go from here?

As you can also see in the above image, Google Trends does indicate an increase towards the Christmas period, so I may stick it out for the foreseeable. I have however listed the store on the Exchange Marketplace in the meantime as I would consider moving onto my next project, for the right price.

I intended to go down a fully branded route a few months ago when the going was very good, however as this trend is on a slow decline, I have decided against it. I have instead pushed on the faster delivery and sold my products hard on this basis; it really does help with conversions.

The business is still profitable and takes very little time out of my day, and it is an (almost) passive income, so I am not in a major hurry to sell either. I am using this time to look into other potential niches that I could get in on.

I have toyed with the idea of a single product store, the only problem I see is that with this idea I would be heavily invested into the single product, and should it not take off then the store itself has failed.

The concept of selling several products within a niche seems to be the safer play as you are then able to see what does and doesn’t work without having to start again from scratch.

I do think I may struggle to let go of the business when the time to do so has come as I have become quite fond of it, however, this is business and so I have to treat it as such.

It is easy to be disheartened by a day with no sales, which has happened to me on a couple of occasions. Looking at the bigger picture, such as the entire month’s profitability, reassures me on these days that it is still most certainly worth it.

The good times of taking €1000+ a week are unfortunately over with this business. It fared very well during the worldwide lockdown however still very viable as a side hustle.

For me, it has been in a constant state of fine-tuning the store for its profitability and efficiency, this has been key for the business’s survival in what I find quite a challenging time.

The stagnation in the market and the increase in competition has been incredibly disheartening, but I know when I’m onto a good thing, so here I am, 7 months later and still going.

Update: Amer sold his store! You can read the article below for more information. Plus, that article also covers everything you need to know if you want to sell your store at some point:
How to Sell Your Shopify Store: The Definitive Guide (2022)

If you’re interested in learning more about the current state of dropshipping in 2022, then don’t forget to check out the article I linked to below as well:

Dropshipping in 2022: Is It Still Worth It? (An Honest Look)

I am thankful for all of those who said NO to me. It’s because of them I’m doing it myself.

Ecommerce enthusiast with huge interest in dropshipping and Google Ads. 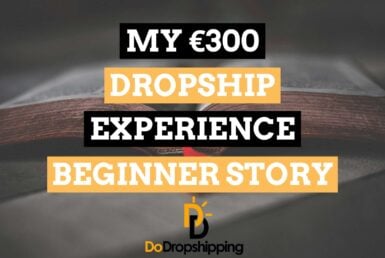 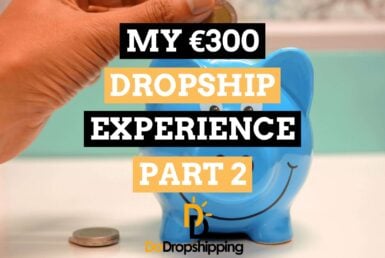 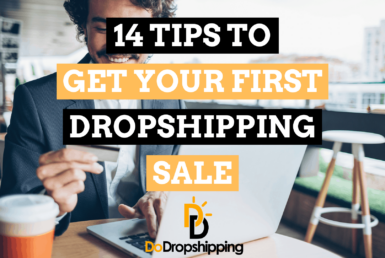 14 Awesome Tips To Get Your First Dropshipping Sale in 2022 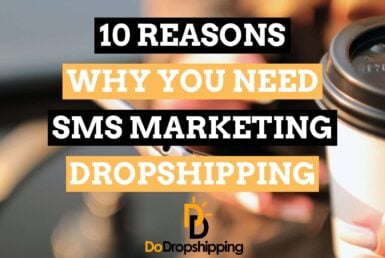 10 Reasons Why You Need SMS Marketing While Dropshipping