Are you interested in dropshipping, but do you want to hear more stories from other dropshipping beginners first? Awesome! In this article, Amer will tell you about his €300 dropshipping experience. He will explain all of the things that he learned along the way. Enjoy reading!

Why I Chose Dropshipping

I’m Amer, and like many who started off with dropshipping, do so for similar reasons to mine. I hated the 9-5 grind, hated answering to the boss and generally hated being a cog in a machine.

After moving abroad and doing various freelance gigs, I decided to finally grow a pair and do it. The two things I knew about dropshipping going in were that you needed very little money to get started, but you needed a LOT of time to make it work. Check and check.

Before you read on, this is not your typical ‘how I made six figures’ story, but it does come with a lot of highs and lows. Do remember, if it was easy, everyone would be doing it, dropshipping is a real test of character.

I straight away learned that Shopify has a cool platform to build a store.

Even though I have a background in web development, I felt my time was worth more than a meager $30 a month. I began my research into a viable niche, competition, and the best platform to run ads.

When conducting the research, I encountered a huge degree of misinformation from Youtubers claiming that I can make six figures doing this, all I had to do was pay for a course with them to learn how.

Luckily I saw right through this and realized that first hand experience from Reddit was a great way to get the information I needed. Yes, Reddit too, at times can be a source of bias, but at least it leaves fakery and bravado at the door.

I decided that I would set aside €300 for a three month plan, it seemed doable. By the end of three months, I should know if it is a success or not.

The domain itself cost a pittance, but aside from this, after paying for my Shopify sub, I am left with €70 a month…that’s €23 a week. Only then it dawned upon me that perhaps this may not be easy as initially thought.

I went with eco friendly products; the niche is something that I actually care about so it certainly helps. The downside is the competition is rough, some absolute titans already well established for years.

I am a glass half full kind of guy, so I went in with my eyes wide open to this. I decided to use AliExpress with the Orbelo plugin as for me seemed to be the most seamless application out there.

My only concerns were the delivery times, so I stuck to ePacket suppliers only. I checked my products thoroughly and ensured all came with paper/card packaging as opposed to plastic.

Having a background in web development certainly helped with minor customizations of the store, but Shopify’s platform did all the heavy lifting, which I liked.

I took advantage of their free 2-week trial to put the whole thing together, was impressed with how easy it was. I added all the products, flipped flopped on fonts and colors perhaps a hundred times, and set up all the social media accounts.

In hindsight, I should have set them up earlier and built up some kind of following whilst putting the store together; precious time wasted there.

I put a few posts on Instagram, Facebook & Twitter to test the waters. Instagram gave me the best reception, so I decided to primarily focus on that platform whilst at the same time, not completely neglecting the others.

The implementation actually went without a single hitch, now coming from this kind of industry I looked at this great news with a great deal of distrust.

I initially put up a €20 ad with Facebook, found some very helpful videos on YouTube on how to do this. For example, this great 3 part series from Oberlo:

This was primarily to figure out which countries and people react the best. The results I got back were incredible; I would have never have known with this much precision who my target audience was, best €20 I spent to date.

One issue I did run into was Facebook constantly taking my ad down for review with no reason for doing so. Anyone who has had similar experiences with Facebook will know their customer service is near to non-existent.

The following week I decided to run €10 per day ads and only on the weekend; only this time, the ads were incredibly fine tuned to the best receptive audience the first time around. It worked incredibly well, bringing a decent amount of traffic with a CTR (Click Through Rate) of 5.5%, which I was very pleased with.

However, a new problem emerged; the bounce rate. This is basically someone coming to your site and leaving straight away; mine was 90%+, which shocked me to my core.

I put my site forth for the lovely people of Reddit, they all kicked me in the backside, and I pretty much started from scratch. The second time around, she was beautiful, but the bounce stayed between 70-80%.

At this point, I noticed a coupon code with Google Ads ($100 for $25) on my Shopify account, I watched some videos and planned some keywords.

The traffic was much better quality, I was very pleased with Google ads; they brought me engaged people. But my budget amount got blown by the end of the first month and not a single sale, I think I did everything right, I was distraught. (You can learn more about how to set your Google Ads budget here)

The bounce rate was at 35%, session time was average 2 mins what could it be?

To this day I have no idea, I cut the bad performing countries further as a test, ended up with just a couple of European countries.

I was about to throw in the towel at the end of the month, just like 90% of us do when we don’t get them 6 figures until I got an email from a new business.

They bought €250 worth of products from me there and then. For me, this must have been some kind of sign as it came in my absolute moment of despair, but it proved to me I was doing something right.

I read it time and time again that the people that don’t give up in this business are the successful ones, and the above further proves this point. I expected the first month to be quiet but never expected not a single sale up until this big one, I lucked out, and I still have issues to address, just need to figure out what they are.

Where I am now

I am currently in my second month, only a couple of sales as well as the wholesale one. The sales made helped me plan an additional month onto the starting three month plan which I set out with.

Currently, I am up €120 from my starting figure with few sales, extended my 3 month plan by another month, and budgeted for €20 a week until then.

I have sent some products off to some Instagram influencers who have promised to shout out my items.

Not sure how this will work, but it is worth a shot for the cost price of a product. Don’t be afraid to reach out to people on Instagram, they’re usually really nice, worse case scenario they say no.

The most important lesson, talk to your suppliers first; story time:

One product from my supplier has an option for $1 extra to ship in card rather than plastic, cool right?

I get an email from a very angry customer that her loofah was shipped in plastic.

Contacted my supplier, asked her what happened. I was informed that the card packaging is on its way…separate. It gets worse; this arrived a week later…WRAPPED IN PLASTIC. Can’t make this up.

My limitations were the lack of a starting budget to reach the potential I believe my business has, simply throwing money at ads was not an option for me.

I put an emphasis on social media to bring the traffic I needed, this is slowly and organically improving day by day. The key to this is posting quality content and not just spamming products, Social media does not work that way.

I really enjoyed the ups and, the downs, mistakes and the lessons.

Would I recommend this to someone who is on the fence? Sure, but do research the hell out of what you are doing and have your BS detectors on at all times, there is a lot of misinformation out there. Plan to make money, but expect to lose some also and, most importantly, know when to walk away if the concept is dead in the water.

I have read horror stories on Reddit of people that put $1000’s into a Dropshipping site yet put zero effort into it, they usually say the same thing, ‘dropshipping is dead.’ To them I say, ‘No, you failed because you got out what you put in, nothing’.

I am hardly in a position to lecture you on what makes a successful dropshipper being so new, but I did my research, put in work, and learned so much along the way.

Should I pull the plug after the fourth month, I can hand on heart say I tried, but I feel good about this adventure.

I would like to finish this piece with a quote that we can all take something from:s

I never lose. I either win or learn.

This article was written by Amer, a (wannabe) entrepreneur.

If you’re interested in reading part two of his dropshipping beginner story, then you can click here. 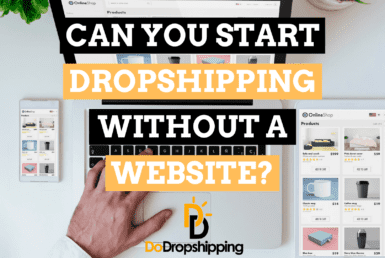 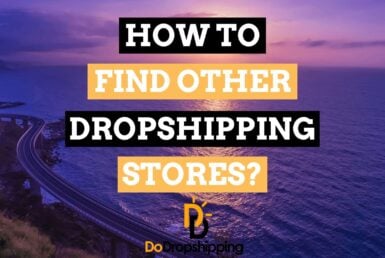 How to Find Other Dropshipping Stores? (5 Amazing Tips) 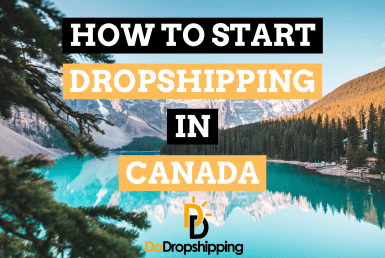 How to Start a Dropshipping Business in Canada (2022 Guide) 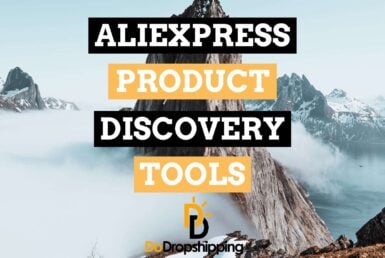 Ready to discover the power of dropshipping? 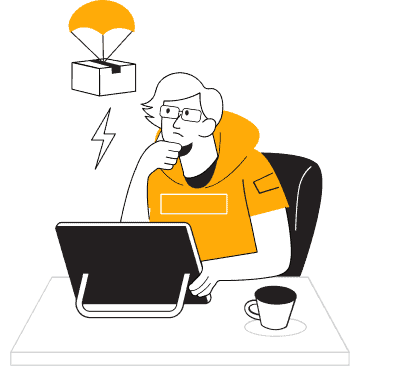 You will receive a confirmation email shortly!